Why do Indians? - Foreward to new blog series 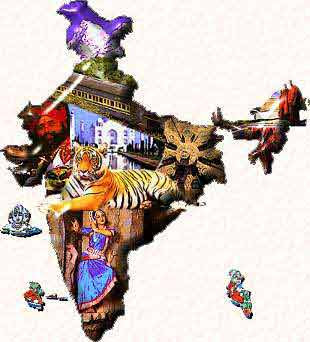 Frequent travel to various cities helped me to interact and appreciate other cultures. Similarly, I also got an opportunity to answer a few questions about Indians and their seemingly bizarre ways of life. Judging by the questions I had to answer I can easily say that Indians are among the least understood and worst stereotyped people on the earth.

The funniest, bizarre but surprisingly most often asked question is "do you go to office on an elephant?" I used to be very amused by this question. I never had a good answer for this question. I agree that transport infrastructure in most cities in India is not modern, but going to office on an elephant was a bit too much to handle. When someone asked this question to one of my friends, he used to answer this question as "yes off course", without bursting into laughter. "So where do you park them", their curiosity unabated. He would again answer with straight face, "actually, I don't know. I just get off at the office and elephant goes somewhere. Feeds itself and comes back on his own to pick me up once I blow a particular whistle". I must confess, I could not control my laughter once when this happened in my presence.

Well, this might be an extreme example but people have several questions which are based on genuine curiosity and quest to know other race better. People want to know why do Indians still go for arranged marriage or why do they want watch movies full of songs and dances, which are so unrealistic. They are also intrigued by why do Indians not eat beef? Why do they like cricket better than soccer? Etc etc.

This blog series would appeal to my non-Indian readers by knowing a perspective about these questions. Indian readers, feel free to comment and use the answers to talk to non-Indian friends.

I will try my best to answer these questions in this blog-series "Why do Indians?"