Learn to keep weight down! 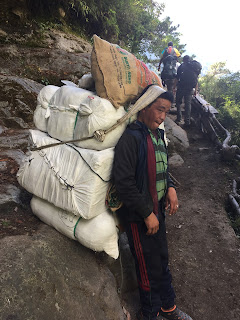 "Porter porter... give way" my guide called out.

I was breathless as I was climbing up the steep slope of Mount Kinabalu. I stopped readily, gave way to the porter. He was a lean man, carrying large sized cargo, walking much faster than me.  I could only watch him in admiration as I was sweating and panting.


I was on my way to Laban Rata, our base camp for Mount Kinabalu, the tallest peak on the island of Sabah. I was carrying my day pack, couple of litres of water, extra jacket and few knick kancks, weighing just about 5 kg. I watched the porter who was carrying about 40 kg, walking twice as fast with admiration. Worst of all he didn't even have proper footware, just floaters. My bathroom floaters were in a better shape than those. He wasn't alone. These porters were carrying our bags, food items that would be cooked to serve us lavish buffet, gas cylinders, clean bedsheets, towels and all those similar items that make our stay luxurious at Laban Rata. This was a common scene in all treks.  No trek was possible without porters. They were lifeline of not just the trekkers but also the villages we passed through. 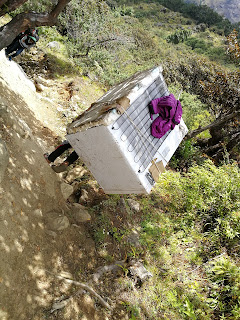 While going to Everest Base Camp I saw a porter carrying entire fridge on his back. It was a high altitude trek, most of us very finding it difficult to breathe or walk briskly. But the porters around were carrying cargo that we never thought could be picked up by one human being. They were walking with a speed we could not catch up with even though we didn't carry any weight.

I was astounded, pained and intrigued at the same time. My initial reaction was pity and feeling of guilt. I was there for fun, recreation but porters were their for work. I blamed their plight on myself. I felt its because I want to come and relax here they are made to work like this.

My trek in Ladakh was different. There the cargo was carried by mules.
"Why don't they use animals?" I asked my guide who was walking alongside.
"If they use animals, they won't earn enough."
It was an eye opener for me to see in the age of smartphone and artificial intelligence, some humans still considered animals as a threat to their livelihood.
"Its their money, don't pity them."

They were working hard, so I could enjoy. It filled my heart with gratitude. So I started interacting with them. I talked, laughed, joked with them. I even tried picking up the load they were carrying. They burst into laughter looking at my plight. 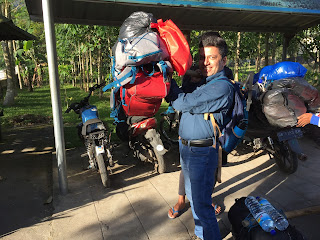 But they appreciated, someone was thinking about them, ready to put himself in their shoes. Talking to them, understanding them opened me up to their wonderful, innocent world that enriched my life.

Usually porter is an entry level position. Most guides start as porters. That's how they were familiar with every turn, every corner, every season. They knew everything. They were also very happy, smiling folks, always ready for fun. They want to sing and dance whenever they get a chance. So I decided to have fun their way. In Mount Rinjani I had an extempore singing and dancing performance with the porters. 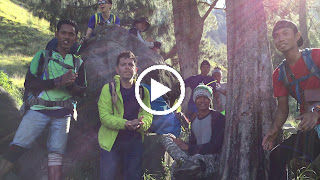 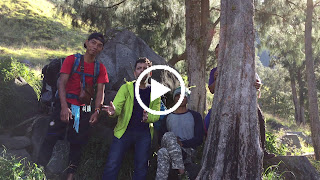 Such inconceivable and enjoyable moments with guides and porters in foreign countries are the heartwarming experiences I will always cherish.

I asked one of them, "How do you manage to stay happy, despite the hardwork."
He said, "No doubt carrying the load is painful. But we learn to forget the pain as soon as we keep the load down and learn to enjoy ourselves."
It was profound!

In our urban lives we carry mental loads, not physical ones. They are invisible hence more dangerous. Seemingly uneducated, fun loving porter unknowingly told me secret of happiness!!

Why do we trek?
To learn to keep weight down and enjoy!!